Before this game, Valencia’s European qualification prospects had been on thin ice, and so it proved.

Against a Sevilla side unbeaten in their last 15 LaLiga games, this was always going to be tough. Sure enough, we surrendered in a 0-1 loss and ended our campaign in 9th.

For many of the players, this may have been their final time pulling on the Los Che jersey. Most of them would have envisioned leaving with the Mestalla’s roar of approval, but unfortunately, they headed for a limp exit at an empty Ramon Sanchez Pizjuan Stadium.

Our away day blues came to the fore once more as Sevilla dominated proceedings, playing like a team fighting for a European spot rather than one that had already secured a Champions League place.

In contrast, Valencia had a paltry 31 per cent of possession, looked clueless and saw Goncalo Guedes sustain yet another injury by the end of the first half, which somehow finished goalless.

It was emblematic of our season, where we were often our own worst enemy. When on-loan Real Madrid left-back Sergio Reguilon fired in a missile in the 55th-minute, the game was up.

The goal did not matter, as results elsewhere would have negated the outcome of this match, but the sloppy passes and disinterested figures have got to go. With nothing else to play for, the game soon dissolved into a mindless countdown to the season’s end.

Fans will no doubt feel sour about the lack of European football next season, having been treated to Champions League action the last two years. Big changes need to happen, and soon. 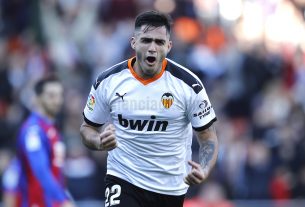