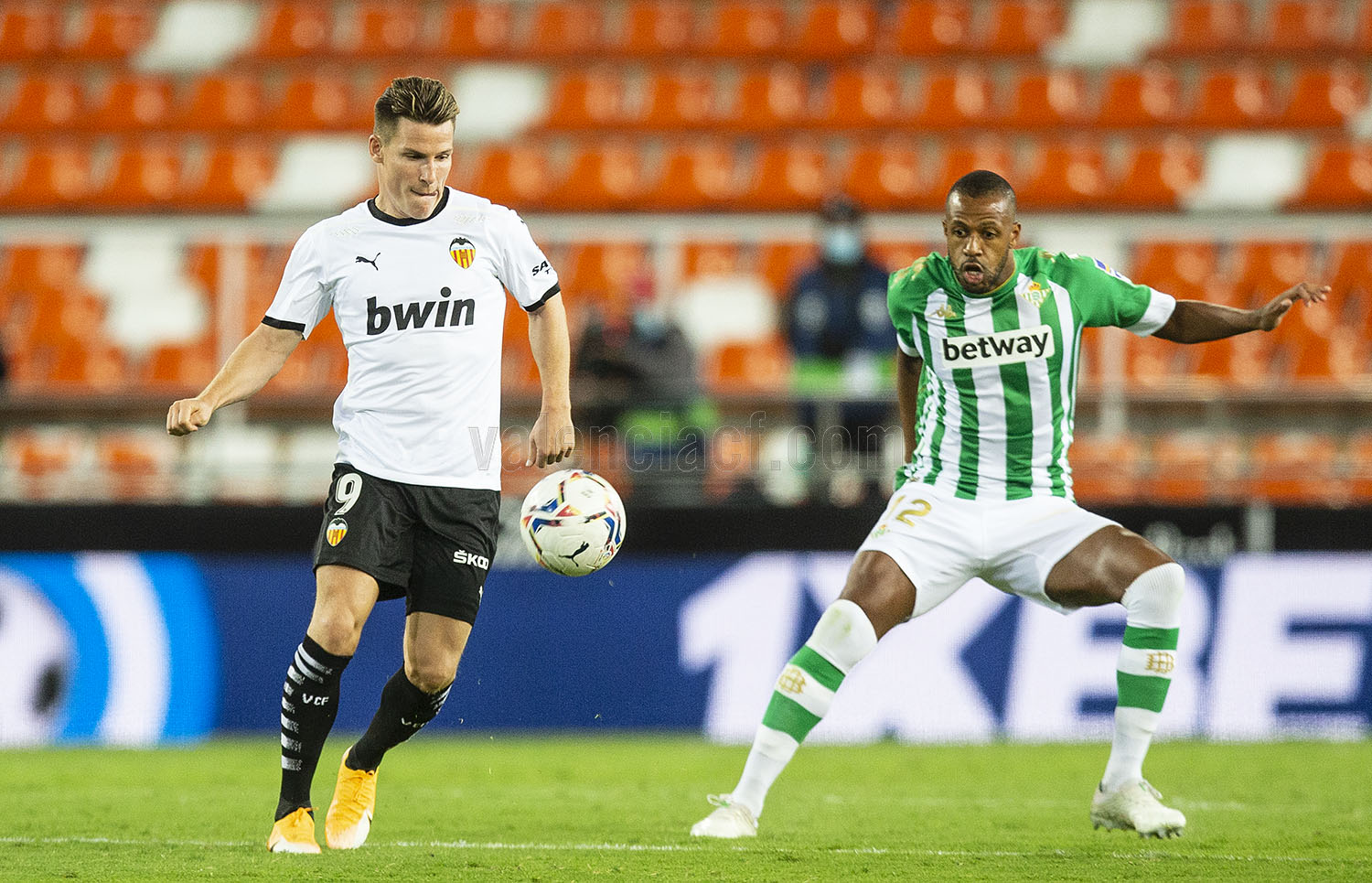 Squint a little and there was something oddly familiar about Valencia’s defeat to Real Betis at the Mestalla on Saturday night.

This was a forgettable occasion for Javi Gracia’s under-conditioned team and revealed glimpses of what went wrong last season: shoddy defending, a lack of conviction and desire to win.

This was laid bare in the 19th minute when a promising attack on the left wing by Goncalo Guedes was cut short by Real Betis’ tightly packed five-men midfield. The result? A few passes later, Sergio Canales arrived in the box to scrape from close range.

It was a similar story in the 79th minute. Taking the ball in the centre of the field, Joaquin Sanchez started a quick counter which saw Cristian Tello grab a goal to make it to 2-0.

The loss underlined the lack of quality in the squad. Los Che tried and they tried hard. They packed the central midfield, pressed hard on the flanks and tried to control play. Geoffrey Kondogbia and Daniel Wass provided a solid central midfield pivot, funnelling the ball with real urgency from flank to flank, with Maxi Gomez the clear target for every passing sequence.

But gaps in quality started to appear everywhere on the pitch. The attack lacked creativity while the defence was short of confidence. Gracia’s decision to bring on Lee Kang in and Carlos Soler in the second half did little to add any incision in the final third.

The transfer market is closing on Tuesday and today’s poor showing illustrated that the need to bring in reinforcements has never been clearer.