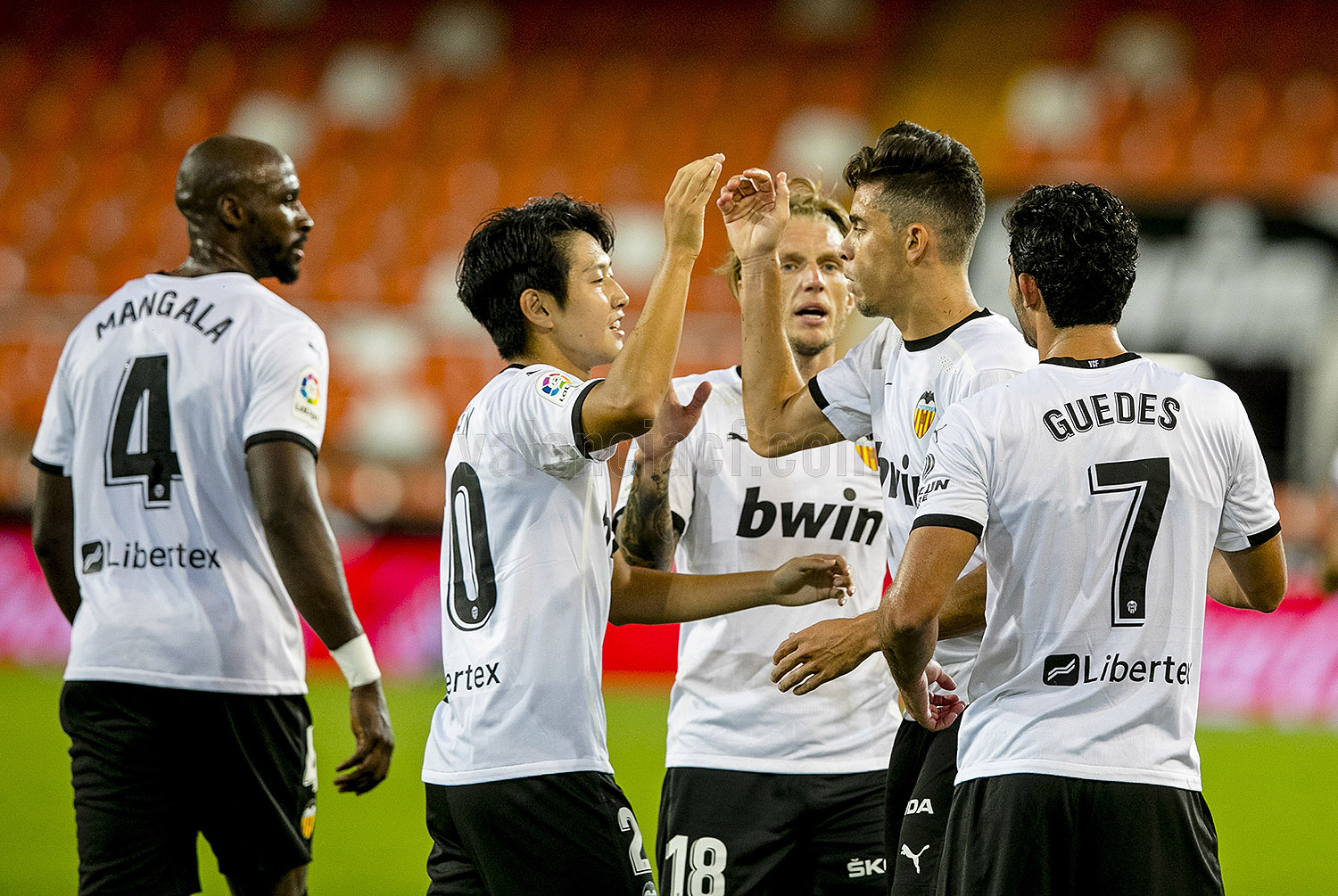 Let’s face it. It has been a forgettable transfer window. The pandemic has hit Valencia hard financially, forcing the club to be prudent. Big names have left. It sucks. But now is a chance for the rest to step up. Batzine looks at 5 who can play bigger roles.

Valencia’s 40-million euros record signing has been plagued with injuries since joining the team in 2017. He started last season poorly, picking up an ankle injury in October which ruled him out for nearly four months. He scored only 2 goals and made 2 assists. Not good enough.

The dismal form continues this season. He has played four games with no assists and goals. There is no doubt he has talent. Still only 23, he can operate on the flanks or through the centre. Valencia need Guedes to shine, fast.

We were always going to feel the absence of Rodrigo Moreno upfront but Spaniard Manu Vallejo has shown us glimpses of his goal poaching ability. He has scored 2 crackers, both against derby rivals Levante.

He must aim to hit at least double figures and form a lethal partnership with Maxi Gomez. He will get the game time which he craves, so this is the 23-year-old’s make or break season. He won’t find a better chance.

Despite having a disappointing 2019/2020 season, Geoffrey Kondogbia has settled in pretty well so far, considering that he has become Javi Gracia’s main commander in midfield.

He remains a key pivot in Valencia’s new style of high-pressure football, being the main receiver from the goalkeeper whenever the team builds up play from the back. The departure of Dani Parejo means that Kondogbia has more room to play the role of holding midfielder and launch attacks. El Pulpo, or the Octopus, needs to showcase his famous tentacles.

Always a favourite among the fans, Gabriel Paulista has adapted well to Gracia’s high-pressing game with his ability to track back quickly and charge down the flanks. He has filled Ezequiel Garay’s boots, bringing seniority and dependability to the back. However, injuries continue to hamper his progress.

He must lead from the back and form a steady pair with Hugo Guillamon. Valencia must stop shipping soft goals and that job rests on the Brazilian.

What Maxi wants, Maxi gets. The Uruguayan has been in stellar form this season, playing 5 games and, scoring 3 times. Rodrigo’s departure has made him the club’s main forward and he seems to enjoy the pressure.

Along with his first touch, his movement off the ball has improved, allowing him to create more chances in the final third. How Gomez performs this season will likely be the difference between a Europa League place or a mid-table finish by the Los Che.