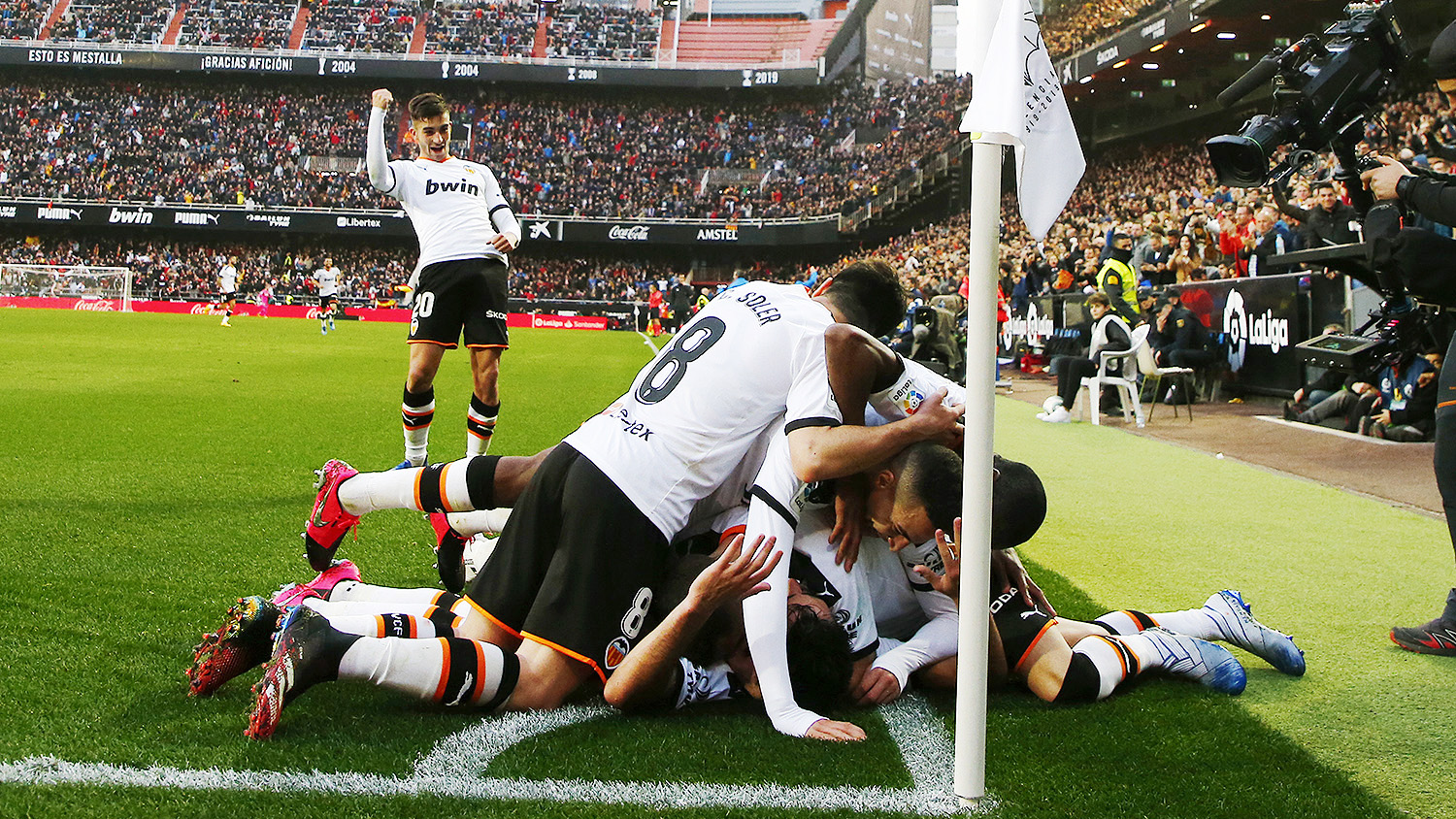 Who needs Messi when you’ve got Maxi?

And while Luis Suarez was missing for Barcelona, up stepped his fellow Uruguayan frontman for Valencia. Maxi Gomez ensured a first league win over the Blaugrana at the Mestalla since 2007 with a dominating performance.

This was the perfect moment for Albert Celades to show how far Valencia had come under him. His first match in charge of Los Che had ended in a 5-2 trouncing at the hands of Barcelona. 133 days and 25 matches later, he got his revenge.

There was no better time and place to face the league leaders, who were still finding their way under new manager Quique Setién. At home, Valencia were also on a 10-game unbeaten run.

But there was the small problem of a certain missing Dani Parejo, suspended after receiving a red card last week. Against the likes of Sergio Busquets and Frenkie De Jong, Valencia were without their own midfield maestro for the first time this season.  For the first 10 minutes, Barca dominated as Valencia could not even come close to ball with the visitors passing circles around them. It got to a point that the crowd went wild when Los Che touched the ball for the first time.

But while Barcelona had the possession, Valencia had the chances. The first real sign that it was going to be Valencia’s day came when left back José Gayà made a run into the box before being felled by Gerald Pique. But Gomez’s weak penalty was denied by Barca’s goalkeeper Marc Ter Stergen. On another day, that would have sucked out the enthusiasm from Valencia. Instead, the miss ended up spurring them on. They regrouped and sent waves of attacks down the flanks, with fullbacks Daniel Wass and Gayà leading the charge.

In the centre of the pitch, Celades opted to pack the midfield with the trio of Geoffrey Kondogbia, Francis Coquelin and Carlos Soler. No Parejo, no problem – Valencia had a midfield trio that was full of running and bite.

Only the post and a splendid Ter Stergen double save prevented Valencia from leading going into the break. The first half ended goalless, but the positive display left the home support buzzing. Anticipation hung in the air, almost as if every Valencia fan in the Mestalla believed it was their day to watch something magical happen.

The moment came in the 48th minute. An unmarked Gomez received the ball in the box and unleashed a shot that took a wicked deflection off Jordi Alba. This time, Ter Stergen had no chance. Goal, but own goal. Gomez seethed but the fans screamed with delirium. Valencia was leading.

But Gomez was determined to get his name on the scoresheet and stamp his name on the game. And his moment of glory finally came after great work by Torres down the line. In swung the cross with Gomez there to receive it. And this time, the Bull got his goal.

All across the pitch, the Los Che produced heroic performances. In the middle, Kondogbia turned on beast mode while Coquelin did his Coq thing. Ferran and Gayà ran like madmen down the sides. At the back, Jaume Domenech transformed from second-choice keeper to captain and ascended to become the anti-Messi as he made save after save from Barca’s number 10.

Clinical at the front and solid at the back, Valencia’s mauling of Barca was a perfect response to the debacle last Saturday against Mallorca. Los Che are now within a point off fourth-placed Sevilla, who have a game in hand.

“I’m very happy to help my team,” said Gomez, who must be one of Valencia’s best buys in recent years. “We know how Barca play, we know they have the ball a lot. In the first half, we blocked them really well and managed a win.

“We take it step by step, match by match, and hopefully the good run of form continues at the Mestalla.” 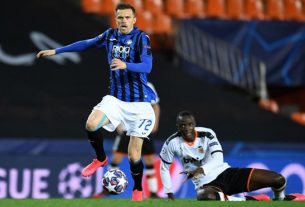 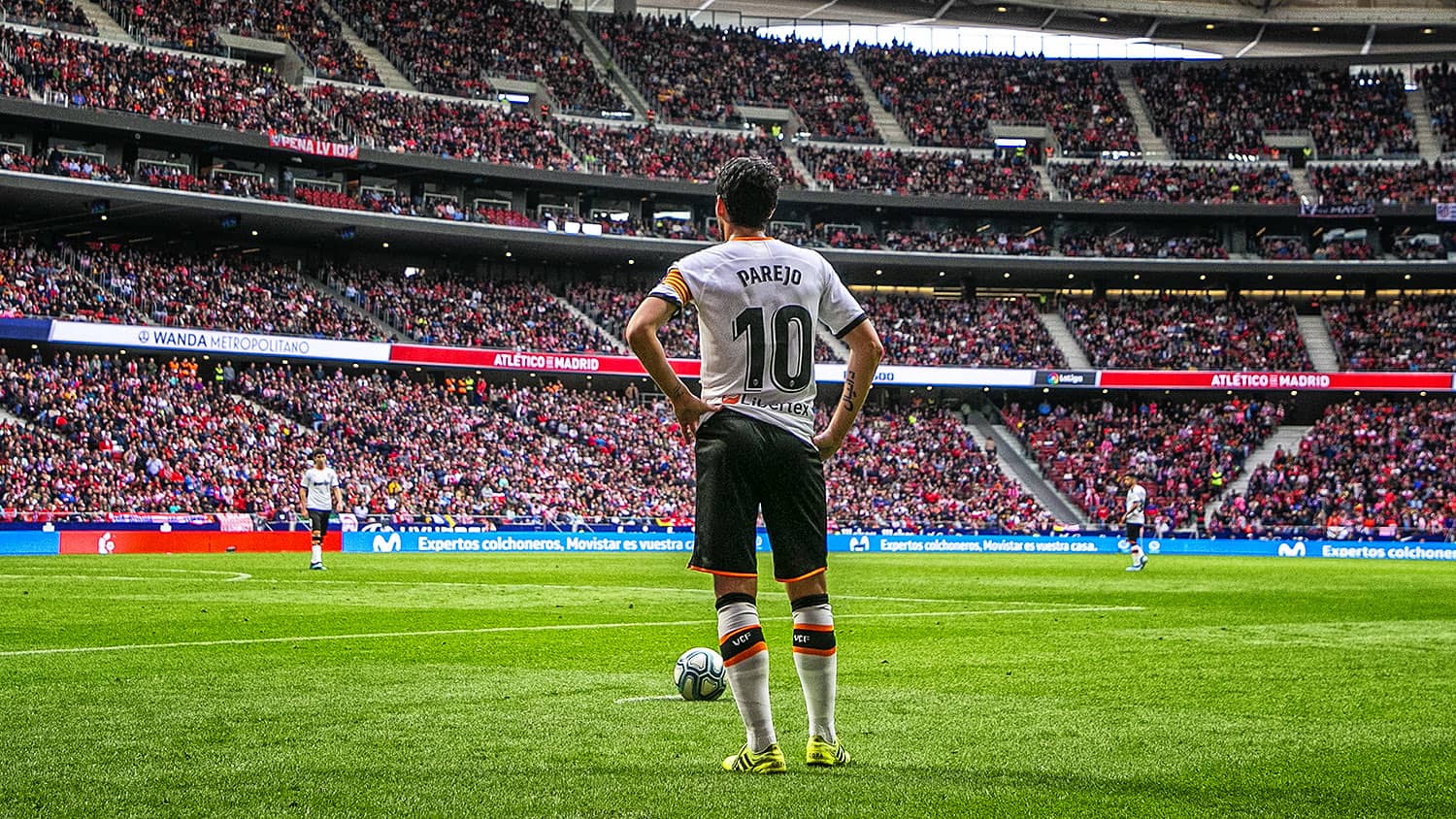 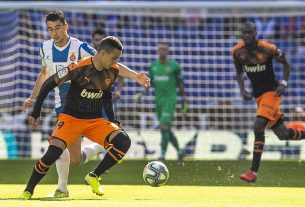