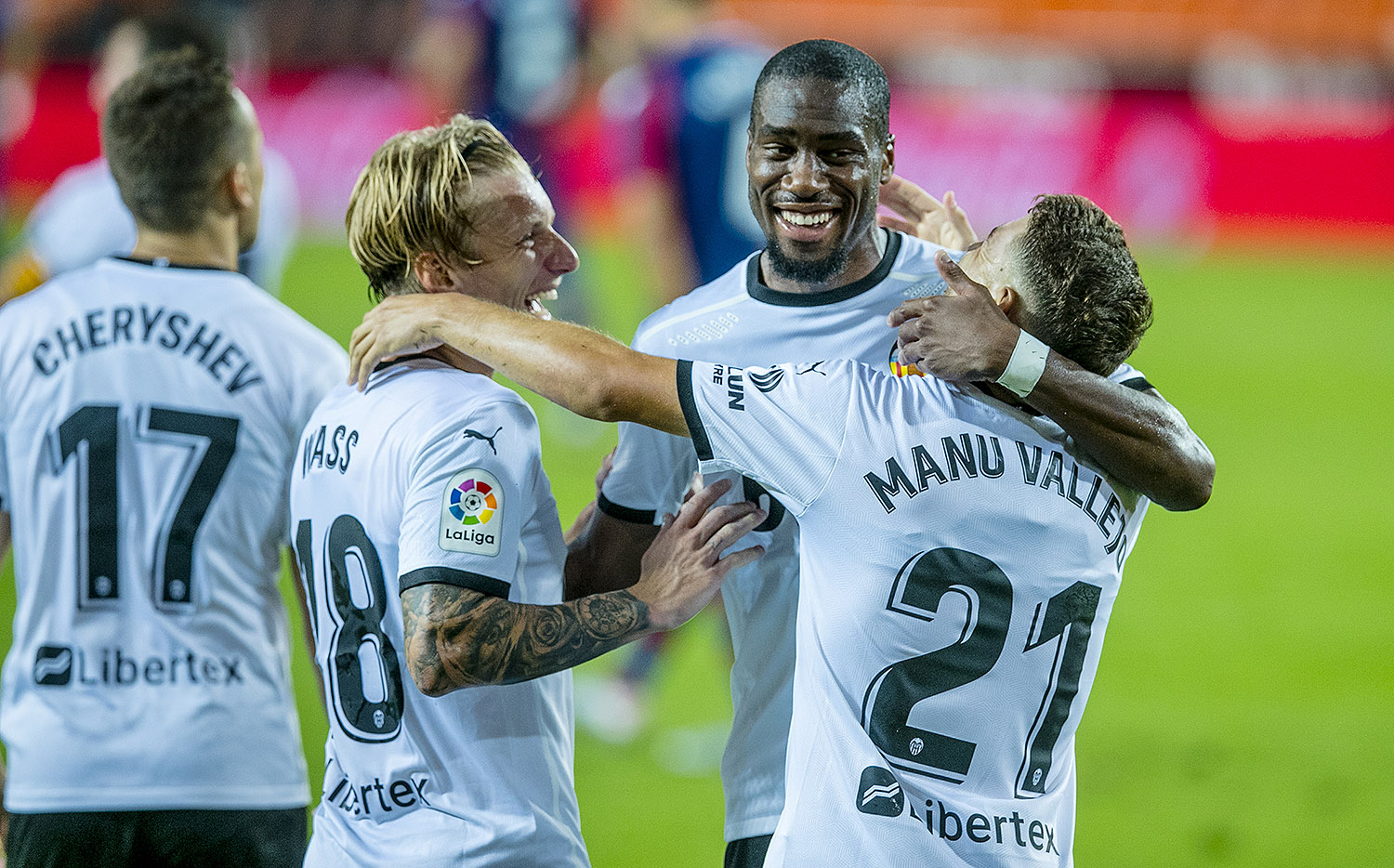 Twice they fell behind. Twice they fought back and finally secured victory. After a turbulent summer, after many had said that Valencia would be wiped out this season, this was the start that new coach Javi Gracia and his young team badly needed. In a silent Mestalla, the boys kept roaring back and bagged all three points.

As Jose Gaya led his team out, Levante must have been licking their lips. No Rodrigo Moreno, no Dani Parejo and no Ferran Torres. Los Che have never lost a league match at home to their cross-city rivals in the Derby Del Tura. But this was a new-look squad that had been seemingly weakened, led by an inexperienced captain. Many believed that Valencia seemed ripe for the taking.

Indeed, the home side had a horror start just 37 seconds into the match. It may be a new season, but it was the same old issue with mistakes. Vicente Esquerdo’s loose touch saw Levante forward Jose Luis Morales capitalise as he danced through Valencia’s defenders and scored. Javi Gracia had not even taken his seat yet.

But his young side did not falter, as they responded just 10 minutes later through Gabriel Paulista, who headed home from a Lee Kang In corner. Levante however, sensed blood from this young, nervy side and duly led once more through Morales, after Guedes had given the ball cheaply away.

Once again, Valencia did not let their heads fall. This time, it was Gomez who fired Valencia back into the game after combining with Lee. Both teams headed level into the break after an enthralling first half.

In the 75th minute, they finally took the lead. Kudos to Gracia, whose two substitutions proved inspired as Manu Vallejo fired home after being fed by fellow substitute Denis Cheryshev. White shirts all streamed together in celebration.

Levante had no answer to this Valencia comeback, and the home side only grew stronger as the game went on. Vallejo doubled his tally in stoppage time, and Valencia secured the first victory of the Gracia era. Mission accomplished.

It might have been a messy start, but it was the perfect ending for Los Che. The young players have shown that they are capable of making the step up. Former Arsenal academy talent Yunus Musah, in particular, was one of the best performers. The 17-year-old is an exciting talent full of pace, power and trickery. Levante could barely contain him and he could now go on to fill the void left by Torres.

However, there are many issues that Gracia still needs to solve. The midfield needs reinforcement, with Geoffrey Kondogbia and Esquerdo frequently getting overrun. Defensively, Valencia needs to shape up as well – we can’t keep giving silly errors away.

But he has seemingly built a team that is ready for the fight, and tonight’s result have proven the perfect springboard for Valencia to launch their season. It is only just beginning.