Seven points from seven games. Three consecutive defeats. This is not the Valencia we know.

A spirited second-half display, capped by a well-taken Toni Lato goal, failed to overturn a shambolic opening period, where two excellent finishes condemned Los Che to a 1-2 loss away to new boys Elche.

With one win in five, the Bats were under pressure to deliver at the Martinez Valero. While the hosts have enjoyed a decent start to the campaign with seven points from four games, they were winless against Valencia in their last three encounters.

So it was all the more galling when Josan shook off Jose Gaya to fire Elche into the lead in the 19th minute. It was Valencia’s fifth goal conceded in the opening 20 minutes this season.

But the visitors’ troubles continued as careless possession in midfield allowed Los Franjiverdes to capitalise in the 37th minute. Goalscorer Josan turned provider for Fidel Chaves, who side-footed a powerful shot past a rooted Jaume Domenech.

While the first-half ended with Elche dominating, the second was all about Valencia. The dearth of creativity in midfield saw Lee Kang In summoned from the bench, and he duly delivered.

With a finely threaded pass, the Korean eliminated the entire Elche defence and sent Lato on his way to round the keeper and finish into an empty net.

Valencia continued the bombardment, coming close just a minute later when substitute Manu Vallejo’s shot rolled agonisingly towards goal but was cleared off the line.

Alas, the revival came too late and the home side held on for their first victory against Valencia since 2013.

“We had things rehearsed during the week, but lacked intensity in the first half,” said a disappointed Carlos Soler. “We know that we have to be more intense, but we need to demonstrate it on the pitch.” 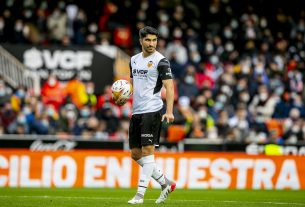 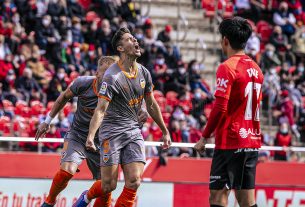