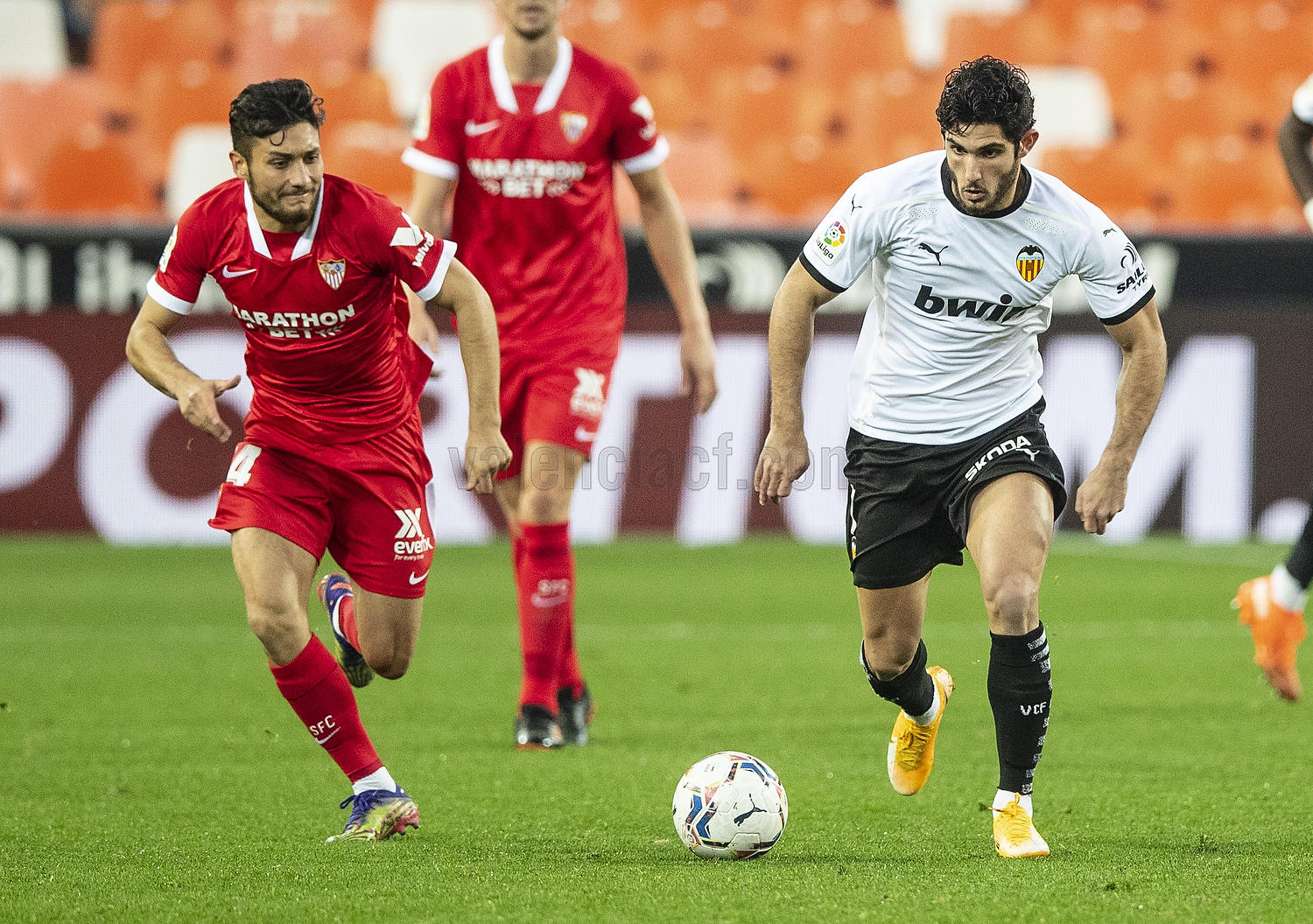 On a wild evening at the Mestalla, Valencia and Sevilla produced a mind-bogglingly tense, tight and testy game of football.

In the end, a mistake from a rookie and injuries to several key players made this another game to forget. The problems in the game were again glaring: careless defending, a lack of killer instinct and the inability to capitalise on possession.

After an end-to-end first-half, Valencia showed greater resolve in the second half with key interventions made in the middle of the field and a more compact high press game upfront.

But a mistake by Valencia’s first-team debutant Guillem Molina Gutiérrez gifted Sevilla its winning goal in the 81st minute. Caught on the wrong foot, Molina completely misread the pace of the ball when Sevilla’s Joan Jordan executed a killer pass to an advancing Suso down the right flank.

All the 27-year-old Spaniard had to do was position the ball just outside the penalty area and pick out his spot at the back of the net. The guys did try again but the lack of quality was clear.

It’s been a troubling six-game winless streak and we have tumbled to 13th place. Our last win came from the extraordinary 4-1 win over Madrid. What’s worse are injuries to key men.

Gabriel Paulista looks set to be out for a lengthy spell after being substituted in the 17th minute following a horror clash with Lucas Ocampos within just the first minute of kick-off. The sight of captain Jose Gaya with an ice pack secured to his left thigh following a substitution with Alex Blanco in the 69th minute will do little to calm the nerves of fans.

With key games against Granada and Cadiz coming thick and fast over the next few days, it’s looking like a soggy end to 2020.