Valencia’s youth success is not solely defined by the number of players that make it to the starting lineup, although it is a good indicator.

The likes of Hugo Guillamon and Yunus Musah have made a rapid rise from the youth setup, but others remain on the cusp. While they may not be nailed-on starters, they are ready to pounce when the time comes.

Batzine introduces you to the other five who are not far behind the pecking order.

Any young left-back would find it difficult to displace Jose Gaya. But Lato’s talent has convinced Javi Gracia that he can also be played further up – the 23-year-old has operated on the left wing at times this season.

Following a terrible loan spell at Dutch giants PSV Eindhoven – who hardly played him – during the first half of last season, the Spaniard moved to Osasuna where he featured regularly.

He has returned with a vengeance, clocking solid shifts and capped them with a lovely goal against Elche in October.

Normally, third-choice keepers are unlikely to see much action, if at all during the season. But Netherlands stopper Jasper Cillessen’s untimely four-month injury offers Rivero a chance to establish himself as Jaume Domenech’s back-up.

Previously with Valencia’s reserve team, the 22-year-old has made the bench more this season due to Cillessen’s prolonged absence.

Chances are at a premium, especially for goalkeepers, but Rivero could finally get his opportunity in the Copa del Rey.

A speedy left winger who can pile on the pressure, Blanco made his long-awaited LaLiga debut against Real Sociedad in September.

Following his loan at Real Zaragoza last season, the 21-year-old was recalled by Gracia. While he has 3 appearances so far, he needs more time to settle.

And with Goncalo Guedes, Denis Cheryshev and Lee Kang In all in contention for a spot, Blanco will need a remarkable performance to usurp his competitors.

A classic No. 10, Esquerdo is part of a dying breed of footballers. But he is determined to succeed after making his debut last November.

He has been prepared since he joined Valencia’s academy. “During the first night, I remember a kid calling his mother and crying. But I didn’t cry – I was so happy that I got into Valencia,” he told Batzine in an exclusive interview.

With an array of skills that complement his acute game sense, the 21-year-old embodies the spirit of his predecessors David Silva and Isco.

Like Rivero, Koba has not made his debut – but it is only a matter of time before he does. A mainstay for Valencia’s B team, he impressed in last year’s UEFA Youth League, netting twice against Chelsea.

The 19-year-old was named in the first team squad by interim coach Voro on last season’s final matchday, and has been a constant on Gracia’s bench this term.

Expect him to be featured in cup games, or as a substitute this season. 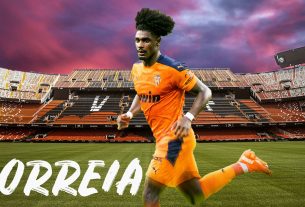