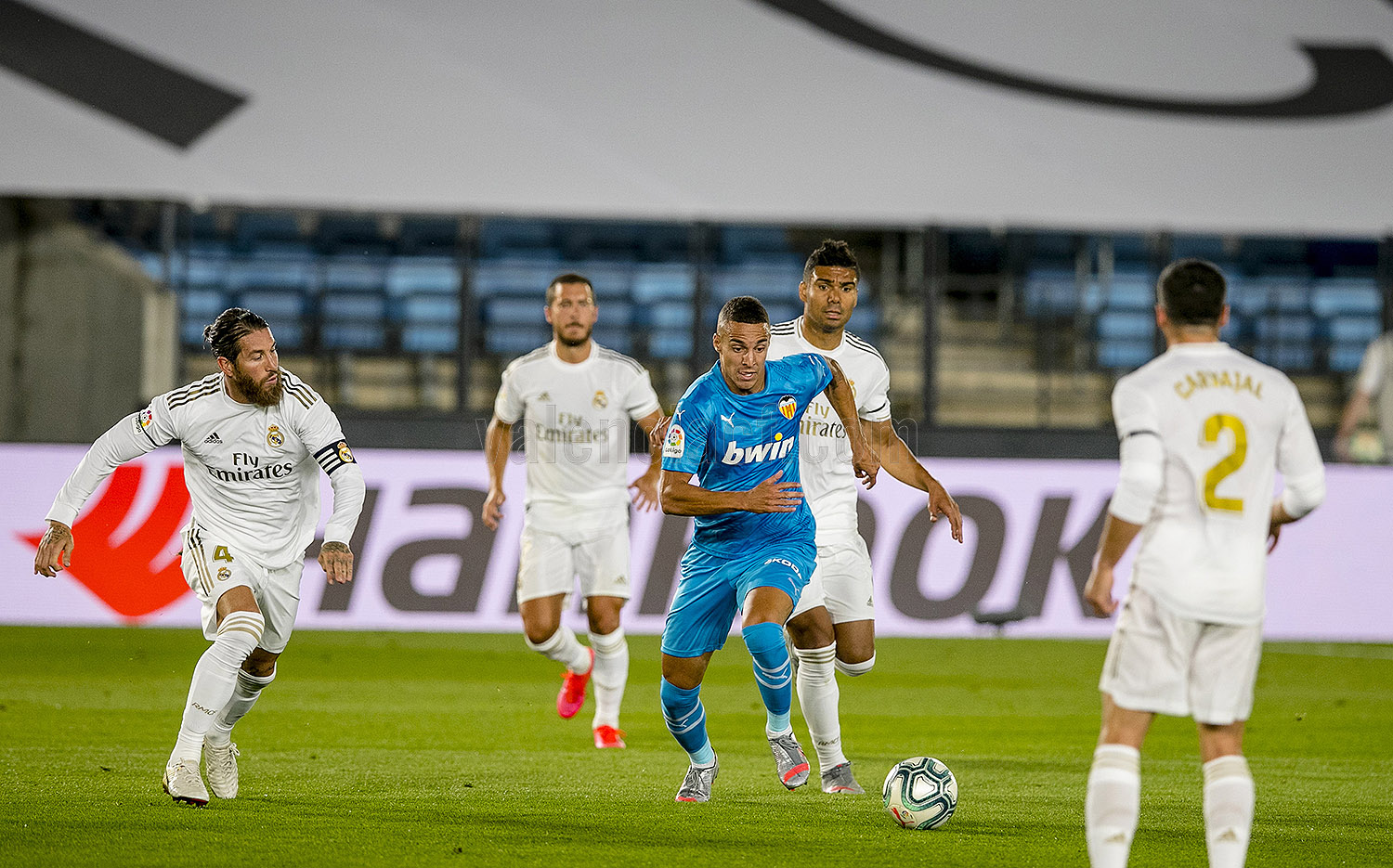 The introduction of the Video Assistant Referee (VAR) system at the 2018 World Cup in Russia was a signal that the footballing world was being ushered into a new era. One where we wouldn’t need to debate the status of Diego Maradona as a god or a cheat for the (in)famous “Hand of God” incident, or have to listen to TV pundits talk about how the Premier League is the best league with the worst referees.

It was going to be a time when the iconic moments in the sport would be produced on their sporting merit alone. In reality, however, the first two seasons of VAR in Europe’s top leagues have been marred by hair-splitting levels of pedantry, hesitant celebrations, and interruptions of games’ flow.

Valencianistas, in particular, will feel like they have gotten the shorter end of the stick in this new era. Rodrigo’s disallowed goal against Real Madrid, and the 97th minute penalty conceded to Levante – both in June – will be fresh in their minds. Indeed, it is hard to shake the feeling that Los Che have been disproportionately hurt, with the club releasing a report that showed no less than 13 instances where they have felt hard done by the new technology.

Around Europe’s other top leagues, the system has also had its fair share of detractors. The prevailing opposition in the Premier League stems from the impression that the game is now being officiated by someone “hidden in an office”, as Tottenham manager Jose Mourinho said during a scathing critique of the system after a 3-1 defeat to Sheffield United, where a controversial handball ruled out a crucial Spurs equaliser.

In the Serie A, where the technology was being used since 2017, reports emerged that Lazio’s manager Simone Inzaghi threatened to quit the league in protest after he claimed that VAR cost his side 7 points.

The concept of a referee who can review in-game footage in real time is one that few are against. But, as with all good ideas, the key to success is proper implementation. Here, there appear to be two aspects to the story: the way in which VAR enforces the rules of the game and the flaws within the rules that it exposes.

How VAR enforces the laws

Most contentious VAR decisions deal with offside calls, which have been turned into a literal exercise in splitting hairs. Many controversial calls have come down to a toe, a nose, or even an armpit. The guidelines for the system’s use state (in some form or the other), that it is to be used in cases where “clear and obvious” errors are present. Many will argue that a case where an assistant misses an attacker’s toe would be hard pressed to fall into that category. The argument for having such nitpicking is that in the end, the correct decision is made.

But at what cost? The correct decision, when it comes down to such fine margins, may not be worth interrupting the flow of the game for significant portions of regulation time. Longer VAR checks will implicitly lead to longer periods of extra time – radically changing the late-game dynamic.

A possible solution to ensure that a decision overturned by VAR is a clear and obvious error, would be to institute a “VAR timer”, where the official in the video room would have a time limit on how long they can spend reviewing the footage. If in that time, the error cannot be pinpointed, it would not be considered clear and obvious.

What VAR tells us about the rules in the modern era

VAR, in its extreme pedantry, has revealed the need for some fundamental changes in the laws of the game. Former Arsenal manager Arsene Wenger recently proposed changes to the offside rule, where in order to avoid “decisions based on millimetres”, players would be considered offside if “any part of the body that can score a goal is in line with the last defender, even if other parts of the attacker’s body are in front.”

While this new rule would require a redefinition of what parts of the body can effectively score, it seems to be a proposal in the right direction. The proposed changes are still in the International Football Advisory Board’s decision-making pipeline, but given the postponement of the European Championships, it is possible they will be affected by then.

In the end, VAR is a welcome addition to the sport, helping us move into a new era of football. However, its current state is not blowing people away. The ideal role it should play is that of a passive observer who points out clear and obvious errors by the on-field referee. Anything more would risk tampering with the flow of the game, the atmosphere in the stadium, and the authority of the referee.