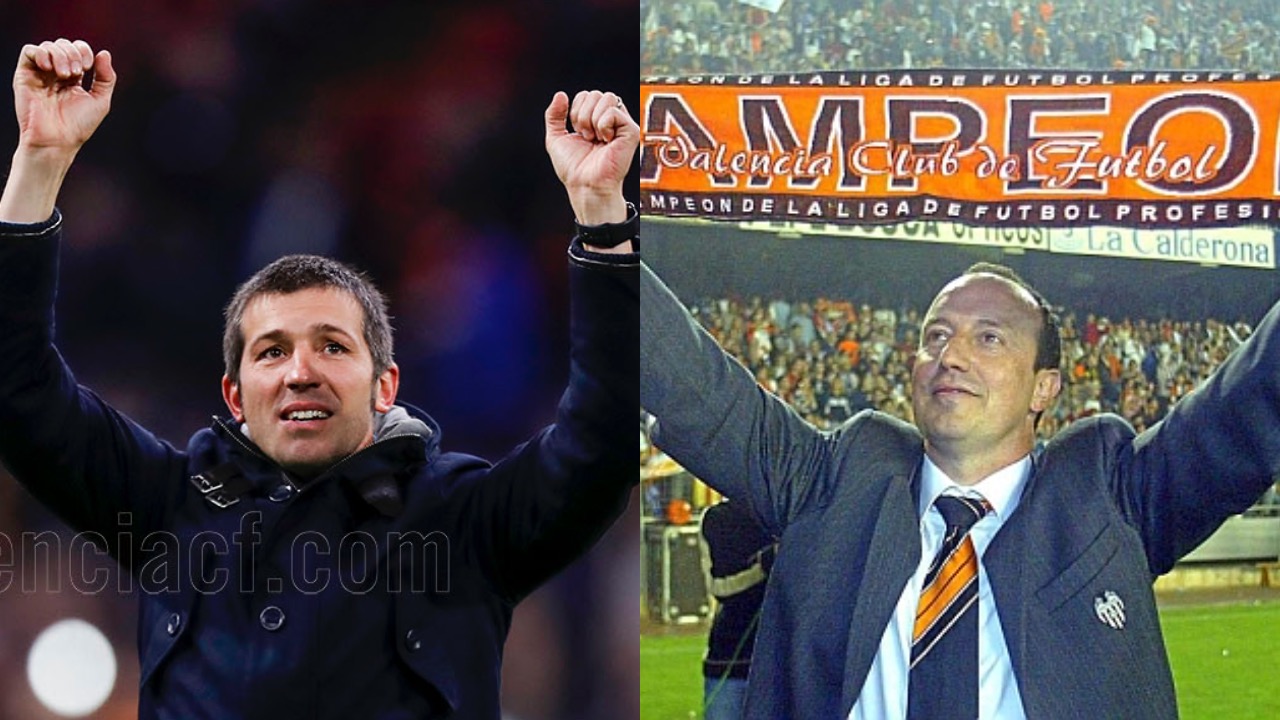 For Valencianistas, recalling success beyond last season’s Copa del Rey might require them to hark back more than a decade ago to their team’s golden era. Led by Rafael Benitez, his uncompromising Valencia side inserted an aberration in Spain’s LaLiga annals, with their two league wins in 2002 and 2004 interrupting the Barcelona and Real Madrid duopoly.

The end of the last decade has been a mixed one for Los Che. An assured victory over Anfield-haunted Barcelona in last season’s Copa del Rey final earned them a ticket to Jeddah, which culminated in a chastening defeat by Real in the revamped Spanish Super Cup. But Valencia have also secured a last-16 meeting with Atalanta in the Champions League, a notable improvement from their group stage exit last term.

Under Albert Celades, there are already signs Valencia are carving out their own niche, with the Spanish core at the team’s heart demonstrating the coach’s history working with the national under-21 and under-16 teams. And the Spaniard’s set-up does not appear to be far off the one put in place by Valencia’s last league-winning coach Benitez.

Benitez relied on the unyielding Argentinian defensive pair of Roberto Ayala and Mauricio Pellegrino and the shield provided by holding midfielder David Albelda to bring steel to their spine.

The current backbone is anchored by a pair of Arsenal castaways who found the Mestalla a greener pasture, in Gabriel Paulista and Francis Coquelin. Both protect the team in defence and midfield respectively, while frequently forming a trio with Argentinian defender Ezequiel Garay when the team has the ball.

The solidity is aided by cultured playmaker and club captain Dani Parejo, who manipulates the side’s tempo with his varied passing and calmness on the ball. You would think Celades, a former midfield enforcer for Real Madrid and Barcelona, would be well-suited to identify another man in the middle and his captain is firmly installed as the team’s metronome through which it ticks.

Similarly on the flanks, a sense of adventure is provided by attack-minded midfielders. While Benitez had Vicente Rodriguez and Francisco Rufete, both of whom were equally adept at providing service for the attackers and aiding their fullbacks in defensive transitions, Celades can now call upon homegrown midfielders Ferran Torres and Carlos Soler.

The Valencia leadership hierarchy are already as enthused as local observers about Torres, enough to slap a 100 million euro release clause on Spain’s lone nominee in the Golden Boy award for Europe’s best U-21 player. He has already become a mainstay in the team since his emergence two years ago, and may turn more heads in Europe if he improves on his end product of three goals and three assists so far.

Soler’s rise through the ranks has been more gradual, with competition for minutes offered by Russia international Denis Cheryshev. He did however provide notice of his ability on the bigger stages with a strike against Real Madrid, in a league game Los Che were unfortunate not to win after conceding a 95th-minute equaliser.

The duo’s comfort and pace on the ball allow Valencia to control the ball for long periods in midfield, probing for openings in the opposition backline before quick combination plays end up with shots on goal.

Benitez was content to depend on a lone big man in John Carew and then Mista in attack, with the tactical brief to occupy the opposing centre-backs and provide a reference point up front.

Changes in the pace at which the game is played today has meant Spain striker Rodrigo Moreno has had to interpret the role of leading an attack differently for Celades’ team. As fleet-footed as he is a willing runner, Rodrigo spends as much time providing an out ball for his side in the channels as he does on the shoulder of the last defender.

The Brazilian-born forward’s clever movement that allows him to arrive into the box late is key to him making the most goal contributions to the team (two goals, six assists) alongside designated penalty-taker Parejo. A case in point is his crucial away winner against Ajax, running across the backline to receive an intelligently-disguised pass from Torres before a cool finish, that sealed their passage into the knockout stages.

Unlike the other Spanish champions in the earlier years of this millennium who were emblematic of its playing personnel, Valencia were carved out of the image of the then-head coach Benitez.

If the Los Galacticos of Luis Figo, Ronaldo and Zinedine Zidane were the hallmark of Real Madrid (winners in 2001, 2003), while Ronaldinho’s buck-toothed smile and the lethal Samuel Eto’o came to define Barcelona (2005, 2006), Valencia’s league-winners would be remembered by the carefully calculative system built by the Spaniard.

With the business end of the season coming up, similarities drawn between Celades’ iteration of Valencia and its more successful teams could yet go beyond their style of play, starting with their European tie in February.