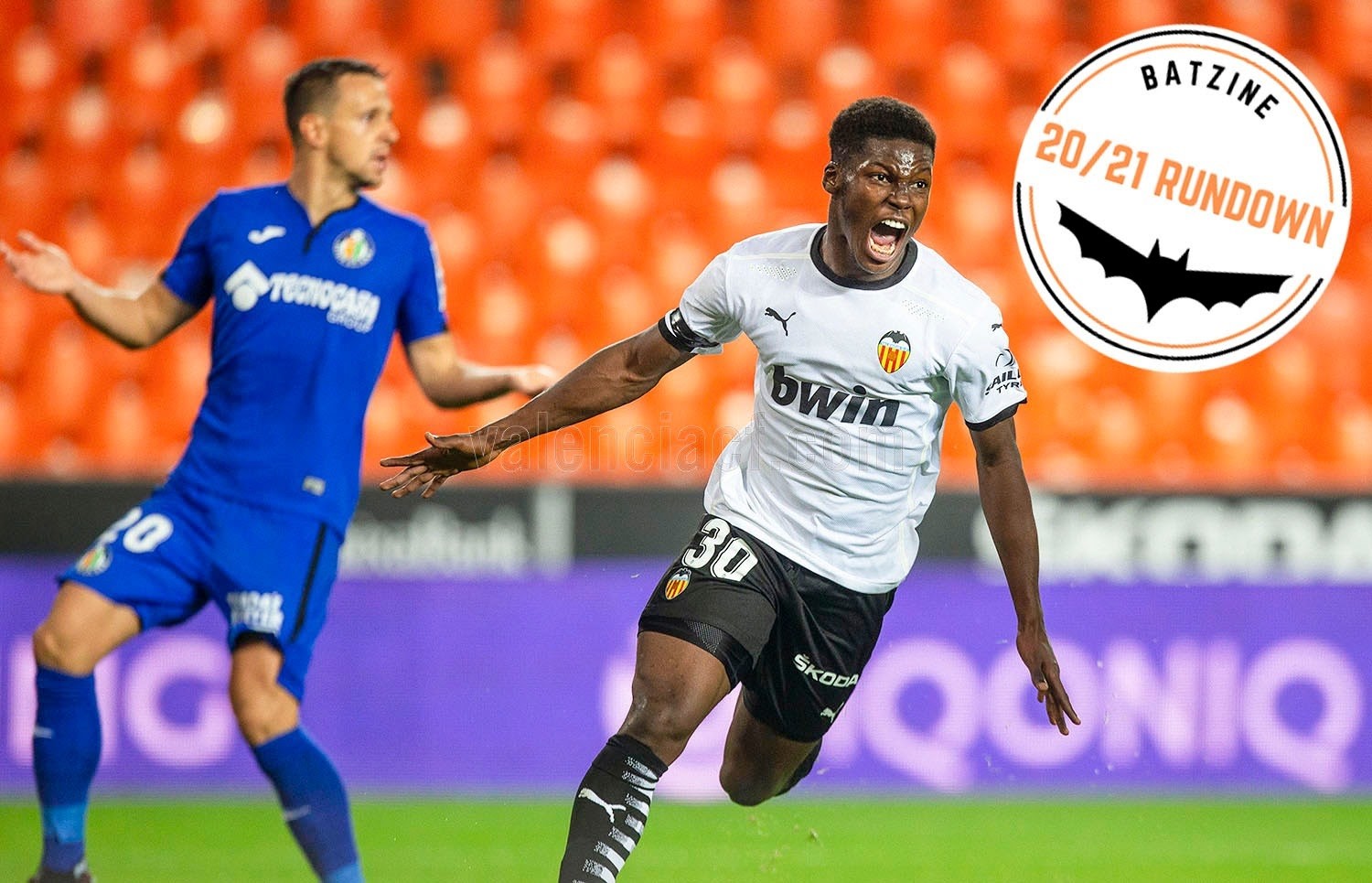 From breathtaking scorchers and intricate passing play to stunning solo runs, here’s Batzine’s choice of Valencia’s top 5 goals in this season’s LaLiga. The No.1 pick comes from a most unlikely source!

This was about the assist as much as the goal. Lee Kang In made tailors worldwide squeal in delight as he threaded the ball through the eye of a needle with this assist. With 2 Elche players taken out of the equation, a rampaging Toni Lato calmly rounded the keeper for a goal to remember.

Pace, power and precision made in Portugal. Goncalo Guedes driving and shooting from a short corner is a ruggedly beautiful sight like the coastal cliffs of Algarve. Our eternal rivals Villarreal did not enjoy the sight of his guided missile nearly taking the net off its hinges though!

3. Sweet Soler dreams are made of these (Valencia 1-0 Real Valladolid)

It is rumoured that Carlos Soler has the middle name “Game-changer” on his identification card. How many times has our mercurial midfielder rescued us this season with wonder goals or decisive spot-kicks? But this goal is the cherry atop a lavishly decadent cake of tasty midfield play. A ball hit so sweetly with a vicious dip that completely bamboozles the goalkeeper. That he duplicated this goal against Barcelona in May showed it was no fluke.

There is no catching Yunus Musah. Latching onto a Valencia clearance deep, deep in his half, there was still much to do with 2 Getafe players bearing down on him. But the American youngster put in his best impression of Captain America’s superhuman speed and composure to convert spectacularly. More next season, surely!

And now for the goal of the season. Google “Velvet glove” and Uros Racic will likely be the top result. The midfielder is known for his physicality in the centre of the park. But just look at the way he nonchalantly caresses the ball into the top corner from 30 metres out. Against Jan Oblak, no less. Wow!